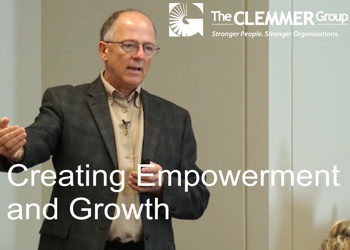 “Management Time: Who’s Got the Monkey?” is a 1974 Harvard Business Review article that’s become widely cited and reprinted. The authors, William Oncken, Jr.and Donald L. Wass use the metaphor of a problem or issue being like a monkey on someone’s back. This excerpt outlines a leadership trap that’s still ensnaring many managers over 40 years later:

The subordinate, to make sure the manager does not miss this point, will later stick her head in the manager’s office and cheerily query, “How’s it coming?” (This is called supervision.)”

In a coaching presentation I addressed this common leadership problem with a look at how to reverse this “upward delegation” cycle. Click on Creating Empowerment and Growth to view a 3 minute video excerpt addressing this issue. I also use the Leadership Continuum to distinguish between Laissez-faire, Collaborative, and Autocratic leadership styles and when each one is appropriate.

Strengthen coaching skills so you can stop monkeying around!