Souled Out: Into the Heart of Starkness 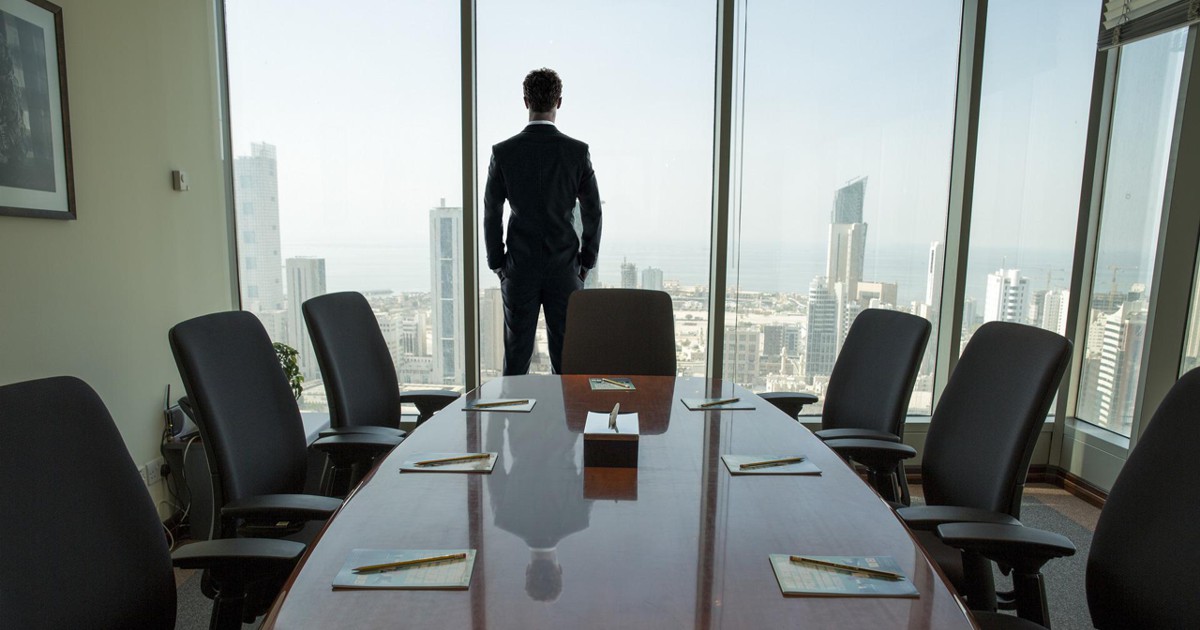 Part 1 in a series: Let’s Be Frank about Spirit and Meaning

Frank is a regional manager in a fast-growing technology company. Many major corporations in his area are clients and he’s a trusted consultant to their senior executives. As the top producer in his firm, he’s a key contributor to the company’s rapid growth. Frank’s a legendary “bottom line” guy. He not only “makes his numbers” (often by dramatically overshooting his targets) but is also an impressive strategist and problem solver. The crisp analysis and marketing smarts he displays during budget presentations and operational reviews are the envy of other managers.

Frank’s been told that his career path will next lead to vice president, and he has an above average shot at becoming CEO. He’s paid a substantial salary plus large performance bonuses, profit sharing, and stock options. Frank wears his success like the expensive designer suits he enjoys outfitting himself in. He drives luxury cars, lives in a huge estate, and takes his family on exotic vacations. He has it all.

Frank’s having trouble hiding his heavy drinking. Lately he’s begun to contemplate suicide. “I’ve got to relieve the unbearable pressure,” he keeps thinking. He is desperate to kill the gnawing emptiness that now comes with each new success. No matter how much he achieves, it’s never enough. There’s so much more to reach for and there’s never enough time to do it all. The tension headaches are becoming more intense.

Each day the treadmill seems to be going a little bit faster. People are no longer human. Customers have become revenue streams – their importance in proportion to their sales potential. Company employees are just another set of resources (these happen to have skin) to be driven to maximum production. At a recent meeting dealing with the company’s growing levels of internal dissatisfaction, the new president dismissed the list of complaints by calling employees “a wailing pack of whiners who will never be happy.” “We can’t let their bitching and moaning distract us from our business results,” the president declared. Frank nodded. The emptiness in his gut growled like hunger pangs. Would this be his last meeting?

Professor and writer on mythology and religion, Joseph Campbell, found “If you follow your bliss, you will always have your bliss, money or not. If you follow money, you may lose it, and you will have nothing.” This thought is reinforced by a comment the authors of Firms of Endearment: How World-Class Companies Profit from Passion and Purpose (click for my review and key quotes) uncovered in their study of top-performing companies, “People want a life with money, not money without a life.”

Psychiatrist Viktor Frankl’s 1946 book, Man’s Search for Meaning (click for my brief review), has sold over 10 million copies because it deeply touches our psyche (Greek word for soul, spirit, or self). The first part of the book focuses on the horrific ordeals Viktor suffered in Nazi concentration camps of the Second World War. He witnessed humankind at its very worst — and its very best.

The second part of his book outlines the thinking that kept him from joining the many prisoners who died of despair or committed suicide in the camps. In an inspiring example of turning tragedy into triumph Frankl emerged to find a new form of psychotherapy called “logotherapy.” Logos is a Greek word denoting “meaning.” He concludes, “There is nothing in the world, I venture to say, that would so effectively help one to survive even the worst conditions as the knowledge that there is a meaning in one’s life.”

Spirit and meaning are missing links in many lives, teams, and organizations. Many who have material prosperity live in spiritual poverty. That’s what’s driving the rapidly growing number of meaning seekers in society. We want to know that our lives count for something. We want to make a difference. Our work and our lives become ever more meaningful the more we’re in harmony with who we are and touch the very core of why we exist.

The culture of a family, team, or organization is “the way we do things around here.” A toxic culture is loveless, passionless, and meaningless. It has a weak heart and a sick soul. A healthy culture is engaged in meaningful doing through purposeful being. It has a high energy spirit.

Strong leaders make work, families, communities, or life in general, purposeful. We can only do that if we are filled with purpose. Spirit and meaning is an inside job. They’re developed from the inside out.

In her essay “The System Versus the Soul”, published in Rediscovering the Soul of Business: A Renaissance of Values, Dorothy Fisher writes, “Our responsibility as individuals is to be true to our own souls and NOT sell out to the System. If we cannot help heal the System we are in, then we must leave the System and find a better opportunity, even if we have to create our own system to do it.”

Has Frank sold out to the system? Can he rediscover his soul? Can he heal himself and the system?

View next post:
Quotes to Note – “From Strength to Strength: Finding Success, Happiness, and Deep Purpose in the Second Half of Life”