How Recognition Programs Can Reduce Productivity and Decrease Motivation 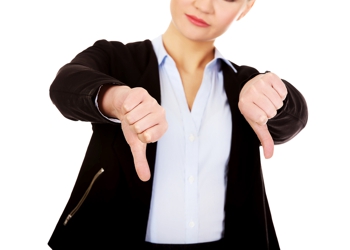 A study recently published in Organization Science (“Motivational Spillovers from Awards: Crowding Out in a Multitasking Environment”) reviewed the results of data from an attendance award program at one of five laundry plants in the U.S. Midwest. They concluded:

Bribing people to perform turns them into mercenaries. It debases, degrades, and demeans work. It sets a vicious, self-perpetuating cycle into motion — incentives, inducements, rewards, and the like leave people feeling manipulated and overly focused on what they get for complying with management’s goals and direction (tuned only to WIFM — “what’s in it for me”).

The emptier work is, the more people look elsewhere for fulfillment; so they demand more money and incentives to continue working in such a meaningless, unfulfilling job (which then “proves” to managers that people won’t improve their performance unless they’re bribed to do so). Incentives are rarely an effective rallying point for high performance. That’s often because extrinsic rewards don’t provide deeper meaning and inspiration for a bigger cause and purpose.

Weak managers try to use incentives as a motivator to direct behavior. Strong leaders shower their teams and organizations with recognition and rewards to reinforce desired behavior:

How are you or your organization using rewards and recognition?

See Recognition, Appreciation, and Celebration for more on pitfalls and traps, do’s and don’ts, Thoughts That Make You Go Hmmm…, keys, and other resources.

View next post:
Why Most Personal Development Plans Fail – and How to Fix It