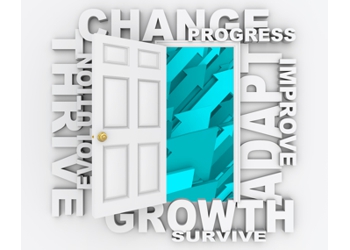 “I hate all this change. Why can’t things just stay the same?” Dirk shouted angrily at the TV news anchor. He threw a pillow at the TV screen and clicked it off with a snort. Suddenly a hissing noise arose from the corner of the room and green, shimmering mist filled the air. Dirk stood in shock as a one-foot tall, wrinkled old man emerged from the glowing cloud. The tiny, grizzled fellow had a long flowing white beard and was dressed from head to toe in green. His eyes twinkled with mischief as he flashed a gap-toothed grin. “Hi, I am Mike. I can take you to a place where people don’t have to deal with change and things stay the same all the time.”

Before Dirk could say a word, the little elf drew a handful of sparkling green dust from his vest pocket. With an impish smirk and a big wink, he threw the powder at Dirk. With the hissing sound filling his ears Dirk was engulfed in the green, twinkling fog. Still unable to see through the emerald haze, he heard Mike say, “Here we are. Here’s a place where things stay the same and people don’t have to deal with change.” The elf blew away the mist. They were standing on the lush green grass of a well-trimmed graveyard. Neat, polished gravestones stretched far out to the horizon.

“Life is change,” the aged elf said with a chuckle as he leapt to the top of a headstone. “It’s one of nature’s mighty laws. Eons ago, I had this conversation with my old buddy, Heraclitus, and told him that change is the only thing that’s permanent. Of course, he took the credit for saying that,” the elf playfully grimaced. “It’s a timeless principle. People who aren’t changing and growing aren’t living. Growth is one of nature’s vital signs. It shows you’re alive. Once you stop changing and growing, you’d better check your pulse.”

I wrote this story for my book, Growing the Distance: Timeless Principles for Personal, Career, and Family Success. As we click over another year’s trip around the sun it’s a good time of year for a change check. Are we constantly on the grow? Is the rate of external change exceeding our rate of internal change? If so, we’re eventually going to be changed.

Tomorrow we publish my December blogs in the January issue of The Leader Letter. This issue features a review of Zenger Folkman’s new book and webinar on leadership speed. You’ll also find a few year-end reflections on leadership behaviors that help us continually grow and change. And you’ll find what’s becoming an annual tradition: change check-ups to help focus on all the positives so often overwhelmed by the news and social media storm of negativity.

View next post:
Webinar: The Tango of Speed and Quality – The Key to Achieving Both