The Multiplier Effect of a Strong Leader 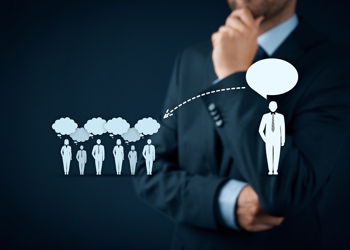 “We all have our boss horror stories. The underminer. The bad communicator. The credit hog. The snake. Then again, if we’re lucky, we’ve all had those amazing bosses as well — the supervisor who encourages all employees to take their work up to the next level; the manager who makes everyone around them look better.”

This all too true observation comes from Michael Blanding in, “What’s a Boss Worth?” just published by Working Knowledge from Harvard Business School. Michael’s article cites new research from Harvard Business School Assistant Professor Christopher Stanton. Stanton and his coauthors worked with a technology services company that tracked all workers’ transaction times. Since supervisors were rotated frequently and team productivity was carefully tracked it was possible to isolate and compare the impact of the leader on the team’s effectiveness.

In a two minute video clip on The Impact of Leadership on Employee Turnover you can catch me presenting our 360 data on the multiplying — or diminishing — effect of the boss’ effectiveness on his or her direct reports. I also discuss “on the job retirement” of disengaged people brought about by weak leaders.

For more research and data on the pivotal impact of leadership, view these links:

View next post:
Fit the Pieces Together For Integrated Team and Organization Development